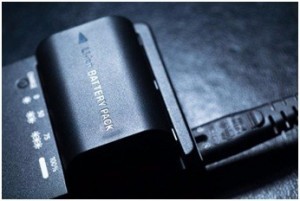 Lithium-ion batteries are used in a variety of applications these days.

The reason is that lithium-ion batteries are probably one of the most high-energy rechargeable batteries in the market today. It has been providing its users with all the comfort and expediency in the most portable form.

The only common problem with batteries has been its tendency to go flat quickly. They’re also expensive and detrimental for the environment. On a global scale, we terminate billions of batteries each year.

Entering the picture as a saving grace, rechargeable batteries resolve this issue and there isn’t an option as good as lithium-ion batteries.

Keep reading below to uncover how lithium-ion batteries work:

Just like any other battery, lithium-ion battery comprises one or more cells. Every cell has fundamentally 3 components:

Even though there is a massive variety in lithium-ion batteries, all of them function in the same manner. When the battery is getting charged, the (+) electrode releases lithium ions. These ions then move all the way through the electrolytes and reach the (-) electrode. During the entire process, the battery stores all the energy.

On the other hand, when the battery is allowed to discharge, those lithium ions make their way back into the (+) electrode by passing through the electrolytes again, while generating energy to supply power. 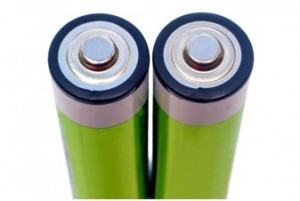 So whether the battery is being charged or discharged, electrons stream in the contradictory direction to the lithium ions just about the external circuit. However, it is imperative to know that the electrons do not pass through the electrolytes: it’s merely a shielding barrier.

The flow of ions (all through the electrolyte) and electrons (near the outer circuit, in the conflicting course) are interrelated processes. This means that if one process stops, the other will halt too.  And when this happens, the battery starts losing power.

In the same manner, if you turn off everything that’s consuming power, the movement of electrons will also stop along with the movement of ions.  The battery basically stops releasing the charge at elevated rates (however, even if the gadget is not connected, the battery will still discharge at a slow rate).

Contrary to the other batteries, lithium-ion batteries have incorporated electronic controllers that direct the process of charge and discharge.

They avoid the excessive charging and heating that often causes the battery to explode.

If you’re a manufacturer, you can find good-quality electrolytes for lithium-ion batteries at Watson International Ltd.

We also serve customers who are looking for standard chemicals and formulations including Bimatoprost CAS 155206-00-1, Ferene disodium salt, Cloprostenol isopropyl ester CAS 157283-66-4 and more. For more, browse our products.

Extend The Life Of Your Lithium Ion Batteries With These Tips

Why Lithium-Ion Batteries are Ideal